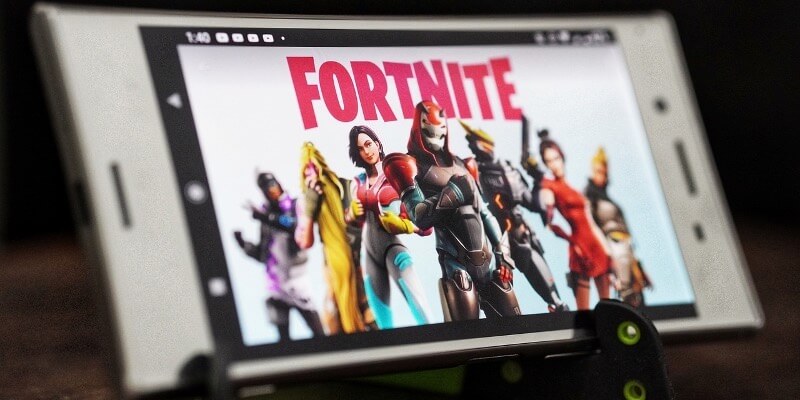 Behold, one and all, the most unusual anomaly you’re likely to see all year. It is strange, bizarre, and shocking; a Fortnite player that never kills any other players! Gasp! Scream! Faint. Yes, we know, it is almost beyond belief. But we assure you, it is true. You might be thinking, why does this individual even bother playing? Wouldn’t their time be more wisely spent playing games less based around aggression? Like say, at a casino online?

Perhaps. The trick is that although Talocan has adopted an entirely pacifist approach to Fortnite, he is also level 520. It turns out that you can go pretty far being a peaceful player, even if the game is basically 100% designed around the fighting aspect. This does, however, raise two pretty big questions. The first is; how, exactly, can a person play the game without fighting? The second is a bit more interesting. Why would anyone want to play the game without fighting?

Before we get ahead of ourselves, let’s first get a better idea of how Fortnite works. For those who have taken up permanent residence under a rock, Fortnite is a Battle Royale game. This means that 100 players, or a little less, are dropped onto a virtual island. Each starts with empty hands, and so must first and foremost scurry around and gather weapons. When, inevitably, players start to encounter one another, the outcome is a fairly obvious one. Bang, bang, kill, kill. The last player standing, or the last team standing, wins.

Only, our unusual player Talocan does the weapon collection part, but entirely avoids the bang, bang, kill, kill aspect. Instead, he dedicates all his time to collecting items, opening chests, and otherwise looking around for ways to gain XP. Weird. But you’ll also note the gathering XP part, which is what makes this story a bit more interesting. We’ll get to that in a bit.

Talocan does choose Team Rumble matches, which means that he has other players that are technically supposed to be helping watch his back, even if he doesn’t do much in the way of reciprocating the kindness. Either way, the team support does gives him a bit of freedom to run around and gather supplies without immediately being gunned down.

The thing that many overlook in Fortnite is that the game is, if you’re really getting to the bottom of it, about gathering XP. You get it from opening chests, you get it for killing other players, and you get it for winning matches. But if you want to get practical about it, killing other players and winning matches isn’t necessarily the best way to gain XP. At least, not if you want to gather it in the most painless, efficient way possible.

Talocan dives straight into Steamy Stacks on the map and opens as many chests as he can. Each chest opened gets him a bit of XP. Though, of course, Talocan never makes any attempt to shoot an enemy player, and only fires his gun at obstacles that stand between him and loot. After Talocan is satisfied, he leaves the game and start the process over in a new match.

If you haven’t already worked it out, he does pretty well for himself. You might be throwing up your hands in dismay at this point, due not only to the fact that he effectively abandons his teammates, but also because it seems like he can hardly be enjoying himself much.

In regard to having fun Talocan is known to play in this pacifist fashion for up to 16 hours a day. If it is or isn’t fun really is a matter of perspective, but at the very least it takes an incredible level of dedication. Plus, having hit level 520 without having ever killed another player is an impressive achievement.

The bottom line is, however, most likely that Talocan hopes to build up a fan base on Twitch for the unusual approach. Though, who would find it fun to watch a player running around Fortnite not killing anyone really is a bit of mystery? It is, we hate to say it, not exactly an exciting thing to behold, but to each their own, especially if they are on level 520!